Solemn Doc sheds light on photos of the concentration camp

The term “bearing witness” is often used to describe the perpetual demand to expose, affirm and explain the events of the Holocaust. But how can we continue to respond to this need for history and humanity when the witnesses themselves have left?

This is the question French documentary filmmaker Christophe Cognet has wrestled with for much of his career. Cognet’s specific interest is in the art left behind, and therefore carried over, by victims who would otherwise have been silenced. “From Where They Stood” continues its quest by examining the few photographs taken by concentration camp prisoners that still exist today.

Each segment of the film is dedicated to photos taken by a single person, like Rudolf Cisar, who managed to take around fifty photos in Dachau. Or Georges Angeli, who took 11 clandestine photos in Buchenwald, or Alberto Errera, who was killed after trying to escape from Auschwitz in 1944.

The photographers were incredibly brave members of the Sonderkommando or other prison labor units, forced to assist in the disposal of gas chamber victims or aid in disinformation campaigns designed to deny their own torture. They hid their cameras under newspapers, inside latrines or underground and often passed them around to other members of the Resistance.

Cognet contrasts the images with the current sites where they were taken, the sharp silence of the film broken only by birds or cars or even, jarringly, contemporary tourists taking their own photos.

The SS did their best to hide the truth about the camps, creating tons of propaganda and destroying as much evidence as possible. These photos are therefore, in some cases, our only accurate glimpses of specific moments in time. 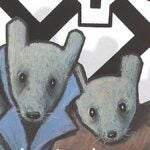 Thus, Cognet’s goal is to imagine as precisely as possible “the instant [the photo] was able to capture. He does this both by inviting archivists to scrutinize each in minute detail, and by bringing historians to the remains of the camps they were taken to. In the process, these experts also become detectives and archaeologists; they examine shadows to determine the time of day, study the ground to match photographers’ positions, and examine recordings to understand how they may have felt holding the camera.

The result is a film that is not only a systematic story and a permanent testament, but also a kind of performance art. Cognet has already made three other films about the artists and works produced in the concentration camps, as well as a companion book to this one. Her obsessive approach can sometimes seem metatextual, in the way she focuses on concepts of representation. It is not enough for him to consider what might have been; it needs us to see it both as it was and as it is now, placing one context (the present) above another (the past). 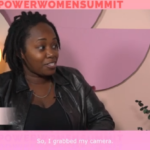 In his desire to honour, respect and analyze the inconceivable, Cognet remains resolutely, dryly solemn. Any trace of sentimentality, it would seem, would be seen as a betrayal of the photographers’ very factual intent. On the other hand, his work also requires speculation, which is a form of fiction in itself. And ironically, it’s this speculative in-between where the film holds the most power.

He can meet the most prestigious experts, walk through the very spaces where the photos were taken and use the position of the sun to refine the time at which they were taken. And no matter how many details he picks up, we’ll still be in a field rather than a concentration camp. We will continue to look at these images to learn from them, rather than making them for the purpose of communication.

We can, thanks to films like this one, continue to testify. But we’ll never really know the reality he tries so hard to dig up, and that remains our burden to bear.

“From Where They Stood” opens in New York on July 15 and Los Angeles on July 29.