Jhe recent call to action on the aging of black liberation movement elder Mutulu Shakur highlights the myriad problems in the federal system through parole and release on grounds of compassion. And despite becoming eligible in 2016, Shakur has been denied parole nine times.

With his health rapidly deteriorating, Shakur’s legal team filed an emergency request for compassionate release at the end of June. The Intercept described Shakur as residing in a hospital bed at FMC Lexington, a federal medical center, and weighing approximately 125 pounds with reports of confusion, frequent incontinence, and needing assistance with all daily activities.

Lily: Mutulu Shakur has terminal cancer and less than six months to live, organizers are pushing hard for his release

Supporters have asked people to sign a petition calling for Shakur’s release.

At 71, Shakur has a severely compromised immune system, which raises additional concerns given his repeated exposure to COVID-19. Studies show that people aged 55 and over are the fastest growing segment of the US prison population.

Requests for humanitarian release skyrocketed at the start of the COVID-19 pandemic. The rate of release, despite the plight of the elderly incarcerated and those with debilitating illnesses amid a global pandemic, has not translated into an urgency for action.

According to the Prison Policy Initiative, health care in the federal system is not of the highest quality. While Shakur reportedly received a bone marrow transplant and underwent chemotherapy, there are likely aggravating factors in his care and current condition that minimize the effectiveness of the treatment.

Arguably, his current standard of care is probably not the best treatment for the disease, but sufficient given the position of the office in managing a person’s conditions. In May 2022, there were 4,240 incarcerated people over the age of 65. And the aging of the population leads to increased costs of care, which undoubtedly increase when a person is diagnosed with a seriously debilitating disease.

Data from the US Sentencing Commission shows that an overwhelming majority of requests for compassionate release are denied. Applications filed in federal courts in Kentucky in 2020 and 2021 were approved less than seven percent of the time.

The number of incarcerated people granted humanitarian release increased in the first two years of the pandemic. This was partly due to a provision in the First Step Act allowing those incarcerated to apply for it themselves. But in many cases, judges remained reluctant to approve the request.

Clemency is another sentence reduction mechanism available to the president and governors. It can be used to grant a pardon or commutation of sentence, thus reducing the duration.

The Center for American Progress noted that the Supreme Court called leniency a “fail-safe.” In Shakur’s case, clemency could bring relief when the courts and the parole system refused to act. But that’s probably unlikely to happen.

Currently, the Office of the Pardon Attorney processes applications for federal clemency. The Pardoner assists the President by reviewing pending applications. The President’s power of clemency is enshrined in the Constitution.

Representative Ayanna Pressley has been a proponent of reforming the federal clemency process. Pressley, along with Representatives Cori Bush and Hakeem Jeffries introduced the Fair and Independent Clemency Experts Act (FIX Clemency Act). Instead of a single pardon attorney, the FIX Clemency Act would create an independent nine-person panel to handle applications. 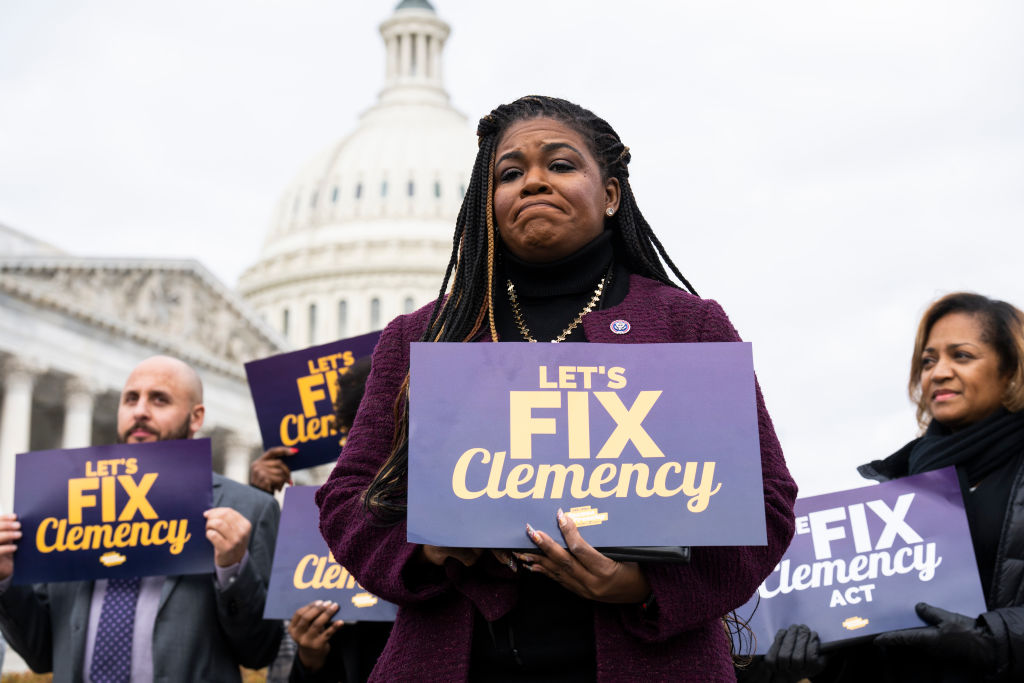 “Democratic and Republican presidents alike bypassed the Justice Department process because of its inefficiency and bias,” read a statement on the proposal. “Policymakers, lawyers, academics, and those involved in the federal criminal justice system agree that structural reform centered on justice and fairness is long overdue.”

“Clemency is an integral part of our country’s legal system and is expressly mentioned in the United States Constitution,” the lawmakers wrote. “Despite the current disconnect, it remains an important tool to rectify injustices and reduce prison populations. The federal government has a responsibility to ensure that the clemency process is unfettered and accessible to everyone.

Pressley also testified at an oversight committee hearing on the need for clemency reform.

My legislation would transform the way clemency works by replacing the redundant and biased Justice Department process with a new, independent U.S. Clemency Commission.

The council would be made up of experts in areas such as behavioral health and rehabilitation, appointed by the president. There would also be a seat at the table for someone who has been incarcerated, because I believe the people closest to the pain should be the closest to power, driving and informing policy-making.

Currently, clemency applications are under the full control of Department of Justice staff and must undergo repeated reviews with redundant levels of bureaucratic scrutiny.

Experts have warned that this structure creates a prosecution bias against each candidate, and at any point in this process, a single staff member can unilaterally block a candidacy from moving forward.

Kathy Boudin, activist who served 22 years in prison, dies at 78