For her feature debut, documentary filmmaker Isabel Castro set out to capture a widely experienced, yet still largely overlooked, immigrant perspective. And there’s a line at the end of “Mija” that sums up her sensitive approach so succinctly that it could be excerpted and used as a guideline: “We inherit our families’ dreams, but also their fears.”

The sighting is sighed as much as it is told, by aspiring musician Jacks Haupt. Haupt is one of Castro’s two young protagonists, but his story is described as a bridge connecting many others.

Both of Castro’s subjects are first-generation Mexican-Americans who bear the brunt of the lives of their undocumented parents. This includes not only their dreams and fears, but also their more immediate choices and challenges.

The formidable center of the film is Doris Muñoz, who at 25 is already working overtime as a musical director, activist and the person most responsible for keeping her family afloat. As the only US citizen, she helps support her older brother (who was deported to Mexico several years earlier) while trying to get green cards for her parents, who can’t leave the country. to see him.

She’s still stunned by her own professional and financial success, which began when she started managing “a kid named Omar,” whom she met near her San Bernardino neighborhood. Omar quickly became better known as Cuco, and with his help and his rapidly exploding fanbase, their first backyard parties turned into packed arena gigs.

Castro’s choice to work so closely with Muñoz, rather than at a distance from a traditional documentarian, creates a precious and tender familiarity. The director makes good use of old family videos and develops a bond strong enough that it often feels like Muñoz is personally inviting us into her life. But this interconnected approach also leads to notable shortcomings. 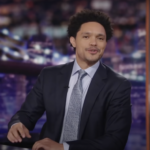 After several scenes depicting Muñoz’s early professional accomplishments, we learn that she and Cuco have separated. Muñoz, devastated, prefers to keep the details of their breakup secret. She worked for months with Castro to craft her own voiceover, which means we’re left with a noticeably wide hole in the middle of the film. “I think we just wanted different things, or maybe I’m just not cut out for this industry,” she explains vaguely. A fuller portrait would have asked more not only of her, but also included Cuco’s point of view.

However, this unexpected setback leads to the gripping second half of the film, in which Muñoz decides that she is, indeed, cut out for the music industry. She finds a new artist in Haupt and brings the teenage singer-songwriter from Dallas to Los Angeles.

Again, much of this segment was shaped by Muñoz and Castro, which gives certain scenes a professional promotional shine. But the struggles, mentorship and support between Muñoz and Haupt are poignantly real. And it remains extremely moving to see how they help each other achieve the dreams and ease the fears of their families. 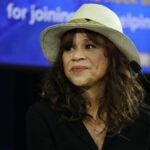 Castro and editor-director of photography Ora Dekornfeld do a beautiful job of capturing the schism between the micro-desires of a first-generation child and the macro-responsibilities. During one beautiful segment, Haupt has an exciting week, meeting a record label and dressing up for a fantastic photo shoot; for her, the sky remains the limit. But she and we are abruptly brought back to earth in a painful call home. Where she sees almost unimaginable success ahead of her, her parents see inevitable loss and disappointment for each of them. They need her to take the more traditional, and therefore safer, route of going to school or getting a full-time job.

The film’s best scenes are, in a way, the reverse of its weakest: the proximity between Castro and his subjects diminishes their objectivity but reinforces their intimacy. There’s a segment towards the end, when Muñoz and his parents share an intensely important, personal, and charged moment that should bring even the toughest viewer to tears.

“We are a continuation of something bigger than ourselves,” says Muñoz, and proves it again and again. Throughout “Mija”, she and Castro expand that “something” to include everyone she touches. Audience included.

“Mija” opens in US theaters on August 5 and will premiere on Disney+ later in 2022.